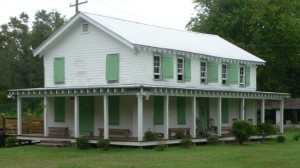 With all the buzz surrounding the Conde Nast awards, we couldn’t resist highlighting some more accolades local to the Folly Beach area.

Seashore Farmers’ Lodge No. 767
Located just before Folly Island amidst marshes and tidal creeks, is a tiny island known as Sol Legare. This small community has a rich Civil War history, and in 2007, an important Sol Legare building — the Seashore Farmers’ Lodge No. 767 — was listed in the National Register of Historic Places. At that time, the building was unable to stand without added supports, and a tarp covered the roof, which was falling in.

Today, the building, once a center for Sol Legare’s African American community, has been beautifully resurrected, complete with a museum and cultural center. The restoration project has been a great source of community pride in itself, but another true honor came when the National Trust for Historic Preservation selected the building as one of 23 National Preservation Award recipients to be honored at a conference in Buffalo, NY, on the weekend of October 20, 2011. The National Trust cited innovative educational programming as one reason for the award.

The story of the lodge is pretty amazing: Sol Legare is the site of the Civil War encampment of the 54th Massachusetts Regiment, which was the first official African American unit to fight in the war. At the war’s end, the Farmers’ Lodge, a fraternal order, provided insurance and loans as well as information and support to the African American community. The building was constructed in 1915, but by the 1960s, it had been left to the elements. The salt of the surrounding marsh and hurricanes and tropical storms left the structure severely dilapidated. Yet by the 2000s, recognizing the importance of the building, the community began rallying to save the once vibrant community center.

The restoration project was estimated at $400,000, but through the widespread support of volunteers, the total cost topped out at only $140,000. The 2011 National Preservation Awards recognizes the Seashore Farmers’ Lodge as one of the “Very Best in Preservation.” Congratulations to the Sol Legare community and to James Island, which pledged $55,000 toward the project. Before and after pictures can be viewed here. 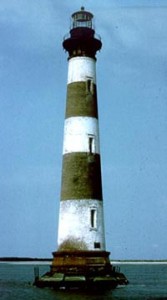 To make sure the light was not lost to the sea, a steel cofferdam around its base was constructed in 2008, and in 2010, the second phase of the stabilization project began with new concrete pilings added under the lighthouse. To facilitate both phases of this project, Terracon, an engineering firm located in Charleston, created a internet-based monitoring system to ensure vibrations from the construction work would not cause the 150-year-old structure to collapse. The company also conducted soil tests, installed instruments to monitor ground movement and the tilt of the lighthouse, and oversaw the construction project.

For its work on the Morris Island Lighthouse, in March 2011, Terracon was presented with a prestigious American Council of Engineering Companies (ACEC) National Recognition Award in the Engineering Excellence Awards (EEA) Competition. ACEC’s 43-year-old EEA program recognizes the most innovative projects in engineering around the world each year. Terracon’s National Recognition Award is a great honor for the company, a testament to the innovative engineering achievements occurring right here in the Lowcountry and another demonstration of the importance of historic preservation to local communities. Bravo!