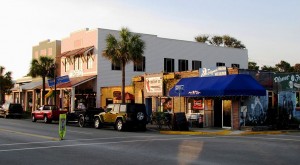 Shops of Folly Beach by Brian Stansberry via Wikimedia Commons

The Charleston Trident Association of Realtors recently released June real estate numbers for Folly Beach and the rest of the Charleston area. What’s nice about the statistics is that they are broken down into individual areas so that you can see how each Charleston enclave compares in price and market performance. The overall Charleston real estate picture looks good, but with such a diverse range of home types and pricing, it’s always a good idea to look at the little picture as well, especially if you have a particular locale in mind.

If you’ve been following the Charleston real estate market, you know that townhomes and condos took a big hit during the downturn. These properties are now moving again and showing some great gains. So far in 2012, the median price for a townhome is up 33% to $292,500, and the average price is up 26% to $316,925. Sellers of attached properties are getting about 89.6% of the asking price for their homes, up from 85.5% during the first six months of 2011. Inventory of townhomes and condos has been reduced by more than 12%.

With the national retail sales numbers — a significant indicator of the national economy — down for the third month in a row, it will be interesting to see how local real estate fares over the next few months. Another factor that could potentially affect Folly Beach’s housing market is the possible ban on alcohol. We won’t know what’s going to happen with the alcohol issue until November — but how do you think such a ban would affect local real estate? Would it make Folly Beach a less desirable or more desirable place to own property? Do you think speculation about the ban will encourage folks to buy or keep them away until a decision is made?