Real Estate Recovery: Are We There Yet? 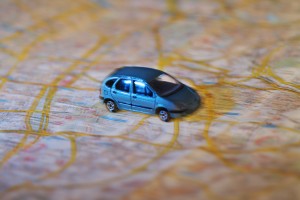 Before the downturn in the market, the general rule of thumb was that six months’ worth of inventory on the real estate market was considered a healthy balance for both homeowners wanting to sell and prospective homebuyers. A six-month supply enabled sellers to unload their homes in a matter of a few months and gave buyers a good selection of homes. At the worst part of the housing market decline, some areas had a three-YEAR inventory of unsold homes. Now, in Folly Beach and all over the country, inventory has dropped dramatically. In some markets, homes are being snapped up in a week’s time, and multiple offers are again a reality. Gone are the days buyers naming their prices and sellers offering up a long list of extra services and costs they were willing to cover to sell the home.

The Charleston Trident Association of Realtors posted February 2013 numbers that showed inventory down 20% from the same month last year with 5,682 homes listed in the Berkeley, Dorchester and Charleston County real estate markets. This amounts to a 5.9-month supply of inventory. On Folly Beach, inventory of single-family homes is down nearly 5% from February 2012. Homes on average are selling 50 days faster than they were a year ago, and Folly Beach sellers are getting a greater percentage of their asking prices.

So, if we’ve hit the magic number — that six-month-inventory mark — and homes are selling after only about three or four months on the market, are we there? Has the housing market recovered? Not quite and here’s why. As far as home prices go, they are still down from the peak in 2007-08, and many homeowners owe more on their homes than what they can get by selling them. This fact is in part fueling the reduced inventory. Another caveat is that sometimes homebuyers can’t get the loan they need because the appraisal comes in too low. So, we really need prices to continue to climb. Once the prices are more in line with homeowner mortgages, we’ll see an infusion of inventory and more lending.

IF the numbers are adding up for you, and you have your sights on buying or selling real estate on Folly Beach, feel free to contact Bob Brennaman. He is knowledgeable about the area and is serious about serving his clients. Reach him here on the web or via the phone number listed in this page’s header.