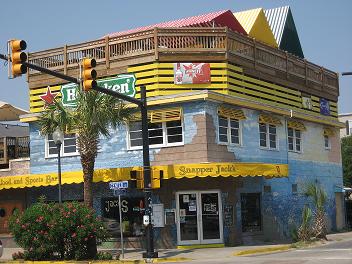 By Lee Keadle, via Wikimedia Commons

The sales numbers for Folly Beach real estate are not as strong as other Charleston-area markets, but the beach city is still making some gains. So far this year, 26 homes have sold at an average price of $574,827. Even though the average price is down about 7% from the same period in 2012, median sales price — sitting right at $530,000 — is up more than 3%. The number of closed sales is also up, by about 13%. Homes are spending about half the time on the market as they were last year — from a 162-day average in the first half of 2012 to an 87-day average this year. Interestingly, June single-family inventory remains nearly unchanged from last year.

This situation is quite different than what we’re seeing throughout the rest of Charleston. The phenomena of plentiful inventory and slightly reduced prices makes for a favorable atmosphere for buyers interested in picking up some beach property. If you’re an investor, you’re very likely to find some desirable properties to which you can easily add value at a much lower price point than other peninsular-area beach real estate. You’ll also find plenty of great, move-in-ready homes on Folly. If you’re trying to sell a Folly Beach home, don’t despair just yet, not only are homes selling much faster than last year, but sellers are also receiving a higher percent of their asking price — about 89.5%, nearly 7% better than during the first six months of 2012.

For anyone interested in acquiring or parting with a home on Folly Beach, Bob Brennaman is no stranger to the area. Having worked extensively on Folly Beach, he can help you get the best price, whether you’re a buyer or seller. If you’re an investor, he’ll guide you to properties best suited to your goals and gladly help coordinate contractors and procure renters after you’ve closed.