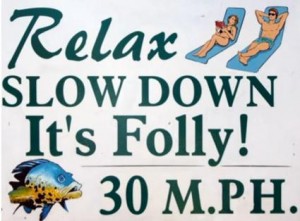 January proved a strong start to the year for Folly Beach real estate. New listings were up 100% from January last year, meaning prospective buyers have some fresh inventory to consider and sellers are feeling more confident about the market. Despite an increase in new listings, inventory is 6% lower than what it was the first month in 2013. In January 2013, five single-family homes sold, compared to just two sales the same month last year. We saw an increase in median and average sales prices for detached real estate on Folly Beach as well. The median sales price of the five homes that sold January 2013 was $500,000, and the average price was $463,500 — that’s a 19% and 16.7% increase from January 2012. So not only did more homes sell this year, but they also fetched higher prices. Good news for what is usually one of the slowest months for home sales.

The January 2013 report on condominium and townhome real estate on Folly Beach was somewhat more of a mixed bag, but overall strong. More attached real estate sold the in first month of 2013 (three homes) compared to January of last year (two homes), but the homes that sold had much lower median and average prices. This drop in price most likely reflects either the decreased availability of move-in-ready real estate or an increased demand for smaller properties. Either way the sellers of these properties received 81.1% of their asking price, up from last year’s average of 79.4%. The homes sold in about 117 days, down from 207 days last year.

The current attached real estate listings include units ranging in size from 635 square feet to around 1,100 square feet for around $200,000 to $350,000. Higher-end condos and duplex units that are larger, move-in ready and/or closer to the beach can climb to more than $600,000. Single-family homes start out at about $320,000-$450,000 for small cottages and and fixer-uppers. That price climbs to nearly $2 million depending on size, location and quality.

If you’re interested in Folly Beach real estate, feel free to get in touch with Bob Brennaman at 843-345-6074. A long-tenured area Realtor, he is happy to help steer you in the right direction.